If I would ask you to name 20 brands of pianos, how would you answer? Could you name 5 or possibly 10? Maybe you can easily name 20. Historically there are approximately twelve thousand brands of pianos! It is entirely possible to encounter brands that you’ve never heard of before. I’ve been in the piano business for several decades and I am still surprised by the number of piano brands that I’ve never encountered. 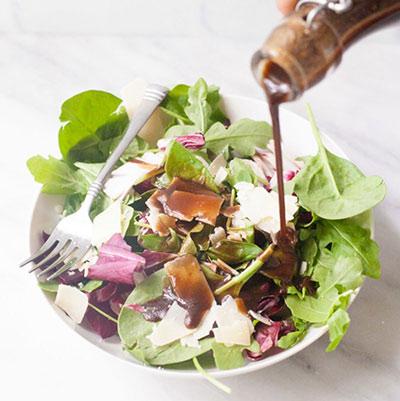 Piano Price Point analyzes the pianos from today’s major manufacturers. But there are many names of pianos not on this list. Who are they and why should we care about lesser known manufacturers? In order to answer that, let’s follow a familiar scenario of Mr. & Mrs. Pianoshopper. They enter a local store and start looking for a piano for their child, Pipsqueak. It’s somewhat daunting, to be honest, to shop for a product they know nothing about. All of the pianos are perfectly polished and they have a few subtle differences in styling and cabinet but to the untrained eye, they’re all looking fairly similar. While Mrs. Pianoshopper is contemplating appropriate sizes for the space they had in mind, Mr. Pianoshopper covertly lifts price tags dangling from the corners of each piano while the Salesperson is talking. After listening and reviewing some of the more well-known brands, the Salesperson then shows them the House Brand piano line.Mr. Pianoshopper thinks to himself, ‘I’ve heard of house dressings in restaurants they put on salads but what is a house brand piano?’

“I know what you’re thinking”, states the Salesperson, “you’ve never heard of a house brand piano. In essence, we have a company that builds pianos to our own specifications and designs.” 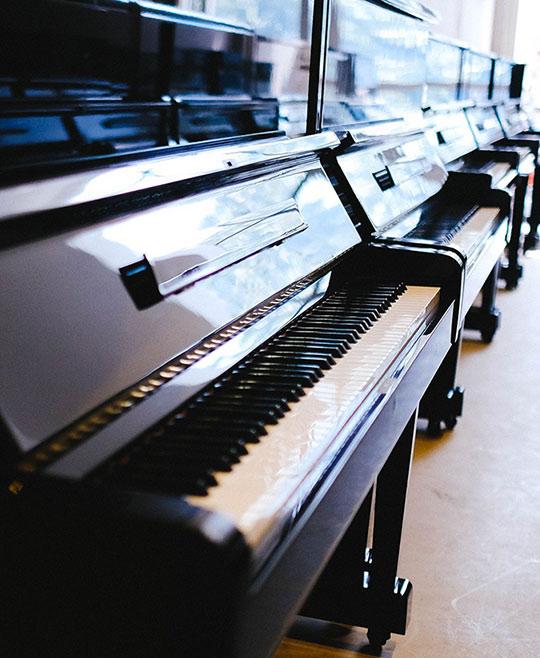 From first glance, the house brand piano looks similar to all the others. The quality of the finish looks the same, they all have 88 keys and they make sound when you press a key down. But there is a substantial difference in price between the popular brands and the house brand. After listening to the Salesperson extol the virtues of several types, brands and sizes of pianos, somewhat confused, Mr. Pianoshopper says, “I think we’re going to go home and think about it”.

It’s understandable. Everyone who buys a piano just wants to make a wise decision. In the case of Mr. & Mrs. Pianoshopper, they don’t necessarily need the best but they want something that works for their child’s education in music. It’s often a balance between budget and brand. And quite frankly, the Pianoshoppers hadn’t even heard of many of the popular brands let alone the more obscure ones.

The Evolution of Piano Stores

Historically, pianos were created in workshops. Think back to Cristofori and how he built the first piano he called the “arpicembalo”. They were built in workshops one at a time. By the early 1800’s, demand had grown and workshops had grown into factories. Eventually there was a need for a showroom to display these factory pianos and so they established their own storefronts. The next stage in the evolution of piano stores were ones that existed independently of the factories. These stores would place orders with several factories from around the world and often represent “good,better and best” brands. Fast forward a century and these stores grew into entire retail chains and outlets of pianos. There was no longer a direct connection between piano store and piano factory. The piano stores presently don’t do any of the manufacturing of instruments. They simply sell pianos. While they continue to offer the top end brands, the more cost effective portion of pianos sales have often taken the form of either “Stencilled” pianos or “House Brand” pianos.

Let’s say piano manufacturer named ABC makes a fairly standard piano with the same ABC label on the front. They sell the ABC piano to a variety of stores. One retail store inquires of the factory, “Could you make a cost effective piano and put our name on the front?” That’s primarily what a stencil piano is. Another piano store asks the same piano factory to build a cost effective piano but instead of simply changing the name on the front, they say “here’s our designs, here’s the parts that we want to use in the piano. And please put our name on the front”. In essence, that’s a house brand piano.

A stencilled piano is simply a generic out-of-the-box piano that you can put whatever name on the front you like. I’ve seen many of these over the years. Invariably, the designs are so generic and made simply for an inexpensive price. While the keys work and they make sound, most (if not all) that I’ve played are barely passable as an instrument. What makes a piano have that elusive ‘musical’ quality? This is a short question with a very long answer. But for a foundation, read our series of 6 articles called Researching Pianos. They cover:

The pianos that I have seen that are “no-name” all have compromised parts in every one of these categories. The felt on the hammers is considered low grade. The sound is quite often incredibly harsh with little color variation in tone. Physically, they are heavy, which in turn affects the touch weight. In other words, the keys require a lot of pressure to press down. Additionally, the frictional components go unchecked rendering the piano all but a nightmare to try and control with any amount of sensitivity. The strings are made with poor quality wire and the string designs called “scales” are often old and antiquated. The bass strings are poorly made and are often installed with little care, creating musical anomalies and wild overtones. The soundboards, rims and bridges may have good looking veneers but don’t carry much sustain and lack support in the tone. This is what a stencilled piano is. Musically they’re difficult and unsatisfying to play and meet the bare requirements to be called piano.

In contrast to this, while house brand pianos are usually made to be cost effective, the difference between a house brand piano and a stencilled piano is that the categories listed above usually have been upgraded with branded parts. For example, instead of poor-quality hammers, they are often upgraded with Abel or Renner felt. The wire is often upgraded to Röslau and the bass strings, from a company like Mapes. Soundboards are sometimes upgraded to Bolduc or Strunz while the bridges become vertically laminated and capped. The combination of all these upgrades vastly improves the piano. Some companies will also re-design the scale to enhance the musicality or the cabinetry of the piano as well. It is essential to know the difference between a stencil piano and an upgraded house brand piano. If a salesperson states that the piano is their own house brand, ask about specific features pertaining to their brand. Read our articles on piano research. You’ll be glad you did. After all, like Mr. & Mrs. Pianoshopper, thousands of dollars are at stake.

Is it worthwhile spending money on a piano you’ve never heard of before? In short, the answer is yes it can be, providing the above criteria of 6 categories have been addressed. My question is, what do name brand pianos offer to you? They have tried and true designs that have been improved over decades. They also provide support and have technical staff and infrastructure. You may pay a little more for them comparatively but name brand pianos may be worth the extra spent, especially if you’re considering keeping this piano for years to come.

3 Guidelines for Piano Shopping
1. Get educated about components
2. Take along an educated teacher or friend if you’re unversed with the piano
3. Learn how to Test Pianos Like a Pro