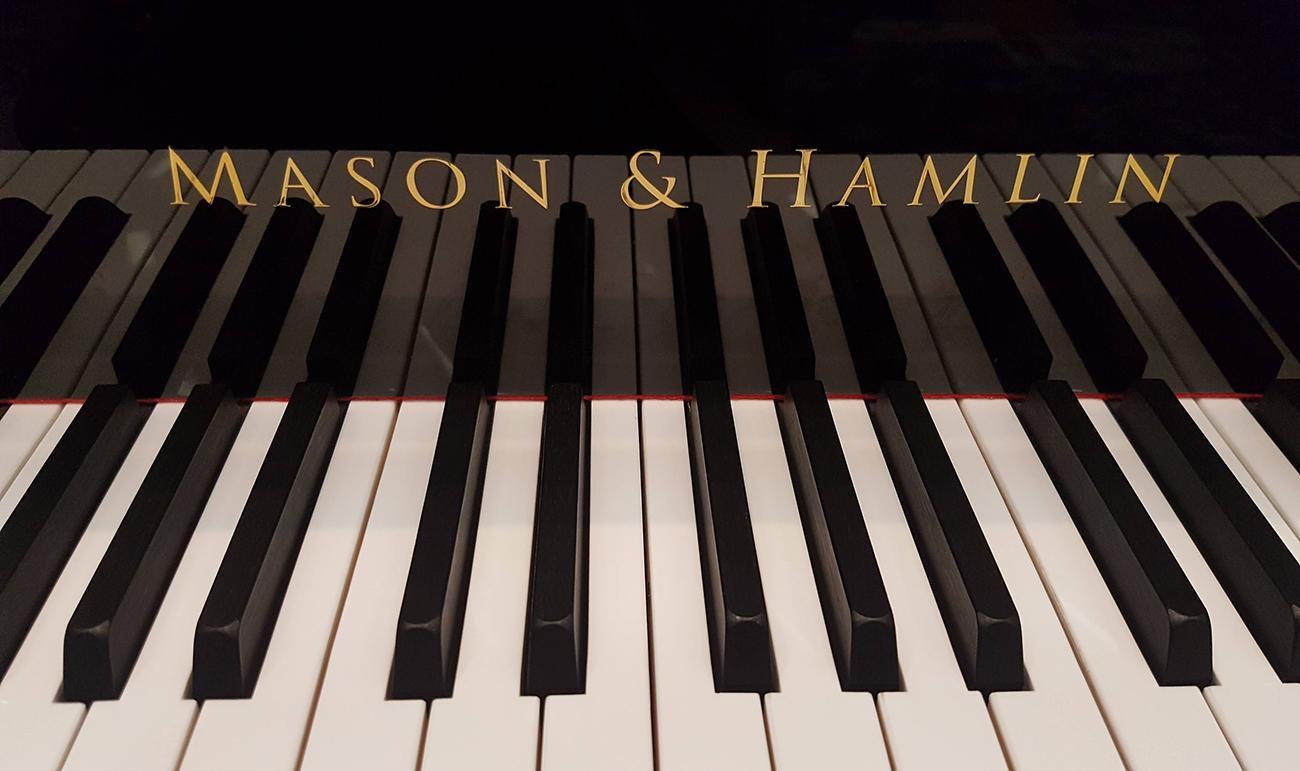 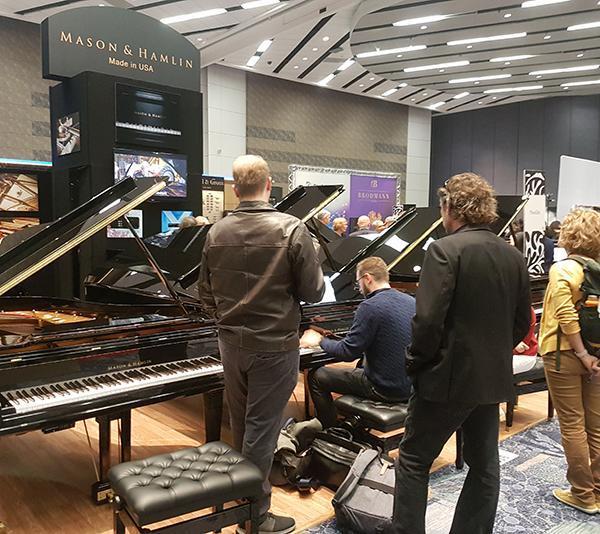 It’s not every day a new concert grand gets unveiled. In my mind, concert grands are the Formula 1 pianos where a company invests the very best in technology, materials and workmanship to present their utmost to the world. This year at the NAMM show (pre-covid in January 2020), I had the opportunity to play the newly released VX-94 concert grand from Mason & Hamlin.

What surprised me about this piano was the response. I guess I was anticipating a beautiful sounding and playing instrument. This piano did, in fact have both of those things in spades but what I was not prepared for was how this redesign is a game changer in the way it reacts to your playing.

Changing Gears For A Moment…
I must say, I have a fascination presently with electric cars. I don’t own one (yet) but the few times I’ve driven them, I’m amazed at the acceleration. I grew up when car transmission was standard. You would shuffle through all of the gears to eventually reach top speed. With the advent of automatic transmission, this maze of mechanical gears did gear changing for you. With electric cars, there is no transmission because the motor is powerful enough to go from dead stop to highway speed in one smooth transition. But what is phenomenal about driving is the lossless transfer of power which presents itself in this incredible burst of energy. 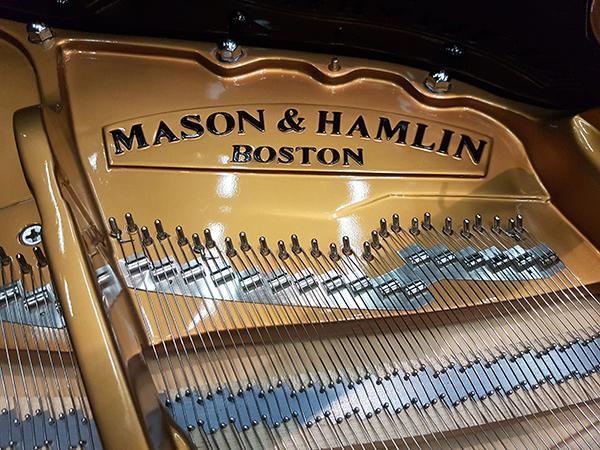 Subito
This new concert grand from Mason & Hamlin reminds me of this acceleration. Sporting a new geometrically optimized carbon-fiber action, the speed at which you can transform from a whisper to a growl is unprecedented. That was, (in a good way) shocking to me. Performers are always looking for expressive control. There is a term that you often see in Classical music called subito which, translated means “suddenly”. Music quite often requires a sudden change in dynamics and you need to be able to have the piano respond accordingly. The VX-94 gives the performer this control. I don’t often get shocked when I play different pianos but this piano was so fresh it made me smile. You can easily move rapidly from piano to fortissimo with back to back notes. At the NAMM show, I decided to take it for a spin with one of my jazz favorites by Gershwin called “They Can’t Take That Away From Me”. In the realm of jazz, accented striking notes are part of the fabric of the genre. This concert grand suits this style of playing “to a tee”. And in the Classical world, the ability to make changes at lightening speed is also highly prized. This Mason & Hamlin will surprise you.

I don’t often talk about stereotypes in piano sound but I will with this one in saying that it is quintessentially American-sounding. In broad brush strokes, I deem European-sounding pianos to be generally softer, rounder and possibly more bell-like. American-sounding pianos to me tend to sound more bold. Several decades ago, the American sounds were formulated by companies like Steinway, Mason & Hamlin, Baldwin and Knabe. In this global economy, many companies have assimilated to reach broader audiences. Not so with this Mason & Hamlin VX-94. It is unique. It is bold. It is exciting to play. It takes me back to a time when you could recognize a piano by its voice. I like that. It’s a statement. It represents intentionality in design. It growls. It gives back the strength in tone that you put into the touch.

As much as I enjoyed the speed of this VX-94, I also appreciated the contrasting colors. It could deliver thunderous sounds but also, it lends itself to really intimate playing. This great expanse in touch allows for incredibly sensitive consistent whispers. You can control a stream of lightly delivered tones with ease. With an ever so slight increase in touch weight, it gives birth to wider expression palette.

If you are considering a piano for a concert venue or educational institution, the VX-94 is worth serious consideration. It’s aesthetically beautiful and delivers a versatile and fresh approach. I suspect this will become a new model for pianos to come from Mason & Hamlin.