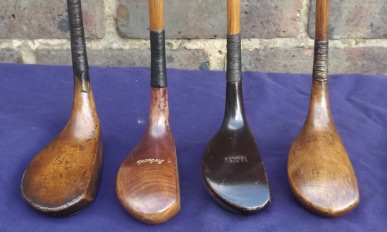 I was in the office of a metal fabricator recently and admired his collection of vintage wooden golf clubs. Not being a golfer I inquired “Are these rare?” He laughed and replied “Not really… titanium and other alloys have all but replaced traditional clubs like these. I just like the look of them.” Having been around pianos most of my life, I’ve often wondered about the traditional use of wooden parts in the mechanical action of the piano. We somehow have managed to romanticize every aspect of this instrument and when faced with the possibility of making more efficient, versatile, stronger and consistent parts out of composite materials like nylon or carbon fiber there are far too many competitive voices that ignorantly refer to these as ‘plastic’. Plastic has this connotation of cheap grocery bags and kid’s toys. If you’re in that camp, think again about how not only golf clubs have changed but how airplanes also used to be made out of wood. Historically, the first bicycle was made completely out of wood and yet the majority of Tour de France bikes are now made out of carbon fiber… and for the record, I won’t be taking my next flight on any wooden airliner. Why have we embraced certain areas of technology and accepted it as the norm and yet reject it in the piano?
“The piano is made for music. It’s not just a machine.” I agree whole-heartedly however, the moving parts of the action – do they create sound? The joints and levers called the whippen assembly – do they make noise? Are they tuned? Most of these parts are inert and inaudible. If you ever get to see a technician take an action piece out of the piano, flex the joint and listen for any kind of noise. They’re incredibly quiet.
Yamaha Promotion
Ritmuller 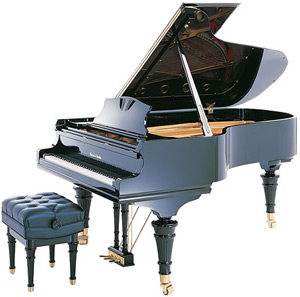 So if the joints (also known as the flanges) have a more tactile application, why not fit them with new composite materials? That’s what has happened with parts inside Mason & Hamlin pianos. Wessell, Nickel & Gross (WNG) is the parts company who manufacture such composite parts (same owners as Mason & Hamlin). Composite literally means ‘combined’. It’s the joining of the aforementioned components – usually nylon, carbon fiber or epoxy materials. 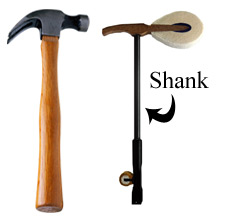 When speaking earlier this year with Kirk Burgett, president of Mason & Hamlin and WNG, we touched on various aspects of their pianos that have been re-designed with ‘outside the box’ thinking. One such concept is hammer shanks. The hammer is the lever (that looks like an actual hammer) which strikes the strings with a felt head. To my knowledge, WNG is the only composite shank maker in the world. So what’s the big deal? Why change what already works well for hundreds of years? In this slow motion video provided by WNG, (which is very compelling I might add) it demonstrates how wooden shanks absorb energy like a spring instead of transferring energy to the string. Ideally in a piano action, you don’t want to lose energy from the moment you touch the key. Piano touch should be an extension of your fingers and ultimate transfer equals maximum output of the instrument. So even if you could get wood that was incredibly rigid to match the strength and resilience of composite shanks, getting 88 shanks to operate in the same manner is challenging. 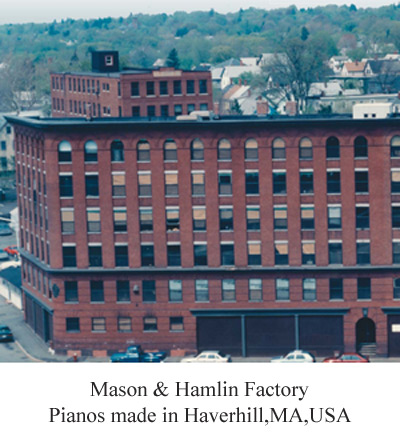 Mason & Hamlin have all but eliminated that variable of inconsistency by implementing these shanks into their pianos. And I must say, their pianos are suitably impressive. Advantages of new composite materials:

Take a moment to watch the video and if you have the opportunity, try a new Mason & Hamlin piano. If you need confirmation that they’re building quality, you’ll be convinced in short order. WNG also offer a wide variety of aftermarket parts for rebuilders of pianos as well. 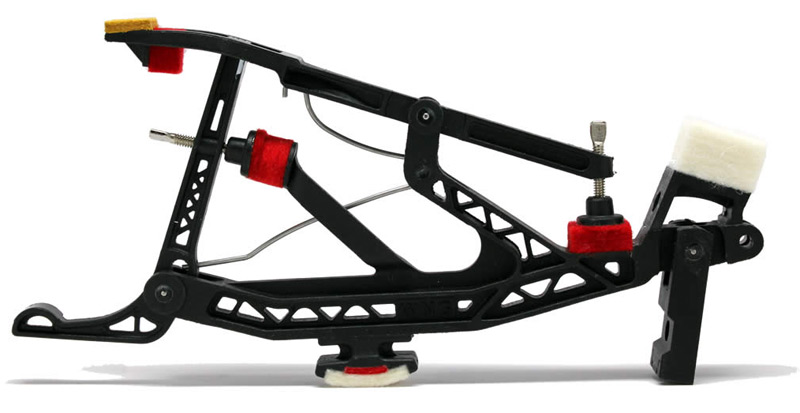 A special thanks also to Kirk Burgett for his passion in piano design, creativity and innovation. Pictured above, a whippen assembly made out of composite material ~ welcome to the 21st century.