Yamaha quietly introduced something this year at the NAMM show that caught my eye. It’s not a new process. In fact, it’s been going on since the 8th century with the Vikings in their ship building. Since the 1930’s, Scandinavian countries have also been experimenting with it. You might even benefit from it with the coffee beans that go into your brew. But it’s only been since the last decade that this has taken the guitar world by storm. What is it? The process is called torrefication (aka torrefaction). In its simplest form, it’s a type of roasting, which involves natural heat treating beyond kiln drying to modify the structure of wood. This re-structuring of wood molecules artificially age wood, giving it more resonant sound.
Yamaha Promotion
Ritmuller 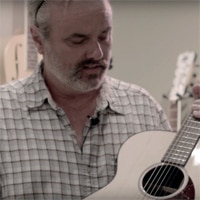 According to Mark Dalton, a guitar luthier, he writes “I’m about as cynical as it gets when it comes to the latest fads in guitar building, but I am pretty much sold on this… We have built a lot of guitars with these tops in the last two years, and the evidence is overwhelming that it makes a difference. To me, these guitars are consistently among the top 10 percent of all of the guitars we’ve ever made in terms of tone and volume in a brand-new guitar. It’s hard to deny that the reason for this is that the thermo-curing [torrefaction] simply speeds up the natural process of aging the top wood, just as the great 70-year-old guitars have undergone.” 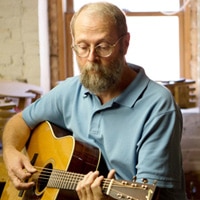 CEO of Martin Guitars writes about torrefaction: “When applied to wood, it results in a more dimensionally stable product than traditional kiln or air drying provides. The end result for us is guitar parts that are remarkably similar to older pieces of wood. We believe this allows us to approximate the tone of a vintage guitar.”Said of the torrefaction process by renowned luthier Dana Bourgeois, “If properly treated, its stiffness-to-weight ratio improves,” he says. “This results in an enhanced velocity of sound—the quickness with which sound travels through wood—which produces the vintage tone that’s typically been all but elusive in a new instrument.”

Yamaha has implemented these changes over the last 5 years as well in their guitars and violin making. Listen to the words of Mikhail Nodelman, winner of several international violin competitions, “What is special about the YVN500S (Yamaha’s Master Violin) is that you are holding a new instrument with the tonal qualities of old master violins. This is achieved by means of traditional craftsmanship as well as the Acoustic Resonance Enhancement (ARE) process. With this, the wood is aged in a way that would take nature decades to achieve. With ARE, the violin is especially powerful at low registers and also has a very radiant overtone rich sound in the higher registers.”

The torrefaction process typically involves heat treating between 200-325 degrees Celsius in the absence of oxygen. When wood naturally dries, the sugars, known as cellulose, hemicellulose, and lignin partially break down. Take a look at Yamaha’s video on the ARE process. Wood treated with ARE are not only subject to heat, but also pressure. After this process, humidity is once again introduced to allow flexibility in the wood structure. 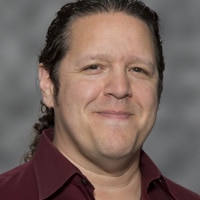 “It’s an environmentally friendly, non-chemical process that yields excellent musical results,” says Armando Vega, project manager for Yamaha, which calls its wood-aging process Acoustic Resonance Enhancement.”To my knowledge, torrefaction has never been applied before to pianos. In the new Yamaha S series pianos, this process of resonant wood has been implemented. It is one of the many details that comprise these exceptional pianos. Interesting to note is that the engineers at Yamaha pair the felt hammers to the body of the piano. In this video, the wood came first, followed by experiments in felt recipes to achieve this balanced and expressive tone.

It must be noted that piano tone is derived from many sources. We cannot attribute one factor that makes a piano great. But where credit is due, I find that after having played this new SX series of pianos, the results are breathtaking and remarkable. Congratulations to Yamaha for pioneering and implementing this technology into the piano and continuing the furtherance of ultimate control and expression in their pianos. I’ll leave you with the sounds of Mirian Conti.