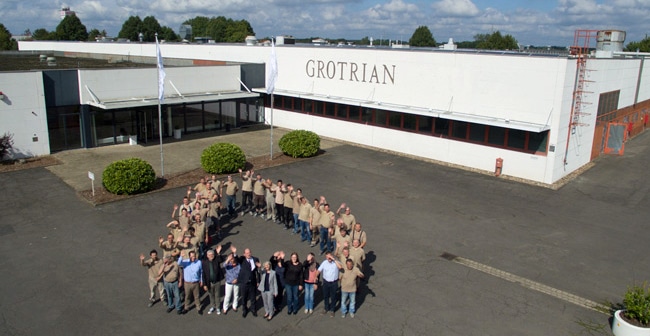 The World Fair became The World Exposition which became Expo as we know it. I stumbled upon a book about the musical instruments from the world fair in the late 1800’s. It was said of Grotrian “There is no effort to produce them in great numbers, but rather to create in every one, as it passes through the factory, an instrument fit for the inspiration of great artists who have long accorded to its makers the highest place.” Of their experience, “It is said that nowhere in the world are there more veteran employees than in the factory of Grotrian.” Grotrian has been, and continues to be a piano manufacturer where 80 percent of the manufacturing is still hand made. (Grotrian Website FAQ)

Who is Grotrian? Grotrian has always been a luxury piano manufacturer based in Braunschweig/Germany. Founded in 1835, Grotrian bought in with Theodor Steinweg (Son of Heinrich Steinweg, Americanized Henry Steinway). The company was then known as Grotrian-Steinweg. Less than a decade later, Theodor was called to help with operations at Steinway, New York. In 1865 Grotrian eventually acquired all remaining shares and the company has continued building high quality pianos to this day. They are part of BVK (Bundesverband Klavier = German Association of Piano Manufacturers).
Fast forward to this century, I have had the delight to sit down and play these pianos at the NAMM show and speak personally with Burkhard Stein (former CEO and now Senior Associate). I’m always curious to know what’s happening behind the scenes in companies. Recently, the Grotrian Company was sold out of family hands to Parsons in China. And while many could view this as detrimental, I see this as an opportunity to secure the future for this German company. 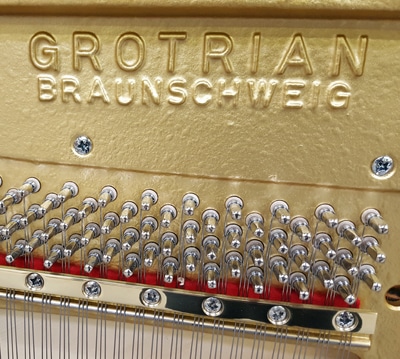 What does Parsons have to offer? Parsons is a piano manufacturer and retail giant in China. They have 100 of their own stores and partner with over 500 more retailers of pianos in mainland China. They employ over 5000 people and export to over 24 countries of the world. I recently found out that they own their own soundboard forest of Alaskan spruce in northern Canada, they own their own sawmills and cast iron foundries for building pianos. With a dozen manufacturing facilities, Parsons Music has been propelled to the world stage. They manufacture pianos and piano parts for many companies globally. But their interest isn’t simply in manufacturing. Believe it or not, Parsons had humble beginnings as a piano teaching studio that soon became a piano retailer and eventually a manufacturer. Those roots in music subsequently have led to annual education of 35,000 students, master classes, multiple music festivals and even the Hong Kong Music Teachers Union. They have established a music foundation and scholarships for musical education. They are substantially invested in the advancement of music. 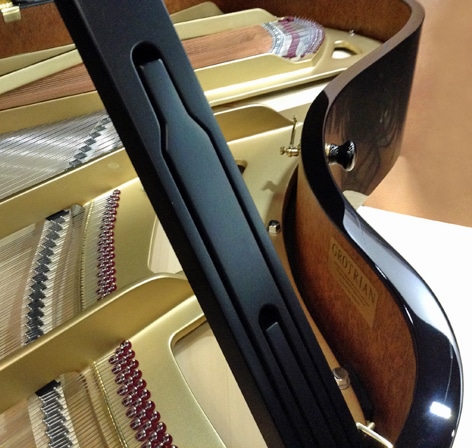 And so what does this acquisition mean for Grotrian? Firstly, they are committed to continuing with German manufacturing. So often people believe that if a piano company gets sold, it is in name only. Not so with Grotrian. They are continuing to blossom with this new-found partner. Parsons also connects maker to market – having a direct audience and buyers in China, who, I might add appreciate the fine craftsmanship of German piano making, Grotrian is a perfect fit for their retail outlets. Like most piano companies today, they also have started releasing sub-lines of pianos that are more cost effective. In the 21st century, there is a theme: fill in all of the price points and provide something for everyone. At the NAMM show in 2017, they released the Friedrich Grotrian piano and coming this fall will be the Wilhelm Grotrian (named after the first two generations of Grotrians). Pianos designs are fully Grotrian with sub lines made more cost effective in the areas listed below.

Friedrich Grotrian: Rim, cast iron plate and Alaskan spruce soundboard made in China. Assembly, action and finishing are in Germany. Still meets requirements for Made in Germany because so much of the piano is manufactured in Braunschweig. 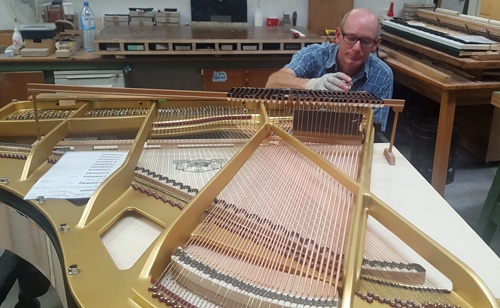 In 1954, Grotrian established a piano competition in Germany to foster piano performance and excellence. Now over 60 years later, this competition is still thriving. Perhaps it was this love of music that was a common thread to their new found partner, Parsons. Regardless, it is good to know that strategic alliances like Parsons with Grotrian will solidify the future for such a high end niche company. If you can spend a few moments, watch their company video below and you will be able to more closely see and hear what goes into making a Grotrian piano.