On this latest trip to China, I managed to catch a glimpse into the transformation of Pearl River Piano. Already the largest piano company in the world manufacturing more than 130,000 pianos annually, Pearl River Piano has its sights set on even greater advancement.

One hundred thirty thousand pianos annually equates into about 400 pianos being manufactured per day. Imagine though what it must be like to produce 400 pianos daily. With roughly 225 tuning pins per piano, that’s 90,000 coils per day. Conservatively a piano contains 200 pounds of iron for each frame. That would be 80,000 lbs of iron plates per day, 35,200 hammers and piano keys per day, 2.4 million action parts per day… you get the picture. These are staggering numbers. And behind these numbers are equally massive storehouses of wood, machinery, and a company employing thousands of people.

Touring the existing facility, as you will see, many processes are done either by hand or mechanically. In the new facility, millions of dollars are being invested into state of the art CNC and robotic equipment for even more efficient, more refined piano making.

We started the tour in the lumber yard. If you scroll below, you will get a sense of just how vast the warehouses are. If you are a woodworker, you will appreciate how much material is here. Stockpiled are high quality woods from around the world – enough wood for 5 years worth of pianos. Visible are spruce beams for keys, soundboards and ribs, walnut and beech for rims, maple for bridges, pins and action parts. All wood is kiln dried and then moved indoors for further storage and rotation.

Below is a panoramic image of the lumber yard. You can “grab” the image by pressing and holding the mouse button down and then moving the mouse. Alternatively, you can use the arrows in the image.

Without question my favorite part of the tour was the foundry where cast iron frames are pulled out of beds of sand. This is the traditional way of making the frame of the piano without which the piano would not be able to withstand the 19 tons of string tension. Molds of piano frames are pneumatically pressed into the sand. Once the sand holds the impression, molten iron is poured into the relief to create the cast. The frames are then processed and painted vibrant gold and silver, ready for installation in the piano. Again, it’s hard to get your mind around seeing hundreds of frames all to be used up within days.

The traditional way of making a grand piano rim is to clamp layers of wood around a form. Pearl River has automated this process with a massive press applying thousands of pounds of pressure to ensure the wood is tightly glued together. It looks effortless when these steel machines press together.

In theory, how do you individualize a piano on an assembly line when there are anomalies in wood and metal as raw materials? Pearl River has a brilliant solution to this. Each piano undergoes “electric eye scans” that take readings on variances. These variances are then printed out onto a card which accompanies the piano throughout the assembly process. It allows for subtle changes to be made to each piano to optimize and accommodate so that it’s not just a “one size fits all” approach to piano making. They actually alter the assembly to individualize the piano. 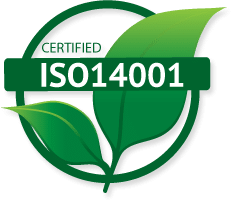 As you can see, there are lines upon lines of pianos being assembled simultaneously. One main difference between small manufacturers and large is the amount of tasks each worker is responsible for. Whereas small piano manufacturing requires workers to perform various tasks, large scale manufacturing like Pearl River has workers focusing on just one or two tasks. You get good at something when you’re single-minded. Quantity necessitates efficiency. And if that is true, it could also be said that sales require proficiency. Pearl River has in recent years become the world’s best selling piano because of great designs but also brilliant implementation in manufacturing.

What is also impressive is that Pearl River Piano has also achieved ISO14001 certification for environmental management systems. These are International Standards that have been set as recent as 2014.

Where are all of these pianos going? I thought you might ask that. When you think of a population of 1 billion people in China alone, 130,000 pianos only represents 0.01% of their population. And while they are the dominant manufacturer in China, they also export to 120 other countries around the world.

If you haven’t heard of Pearl River before, you might want to remember this name. They have already achieved world status and once the new facility is in full production, their presence in the music industry will be formidable.

So how was China? It was brilliant. Pearl River Piano did an incredible job hosting. Thank you. At the end of the tour, we sat and listened to a performance in their recital hall and it struck me that where music is involved, we speak the same language.