In the late 1980’s, I was completing high school and thought it would be interesting to try out the new computer program called “Choices”. Our guidance counsellor had this brand new hot-off-the-press system to help determine ideal career options based on a series of questions. You would sit in this tiny little cubicle and fill in little circles with a dull pencil that marked answers to questions like “Would you rather be in the garden or work on a science experiment?” After what seemed like an eternity the computer card filled with answers was then scanned into the computer and VOILA! out would come all of your potential career options. Even back then I was a bit of a computer geek but also completing my Classical piano diploma and so I thought this would be fascinating and hoped this might shed some light on my future. And so the much anticipated result? Career options for Glen Barkman: 0. Laughing it off I remarked “Does this mean I’m a good-for-nothing?” The new young guidance counsellor was both apologetic and appalled at the results. Having answered questions with an affinity towards both math and music, the computer couldn’t reconcile these differences because when I was growing up music was considered part of language skills and not mathematics. It wasn’t until the decade of 1990’s when studies clearly revealed the correlation between math and music. It’s almost humorous now because everyone sees that the ‘world of course is round’ and that mathematics and patterns are intrinsically linked to music.

When it came time to celebrate Steinway’s 600,000th piano, the company turned to furniture/interior designer Frank Pollaro (pollaro.com) who also designed the limited edition “Rhapsody in Blue” for Steinway (circa 1996). 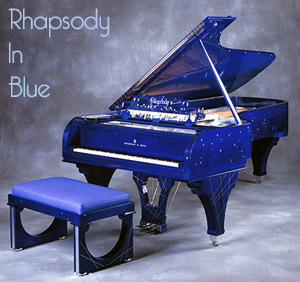 His thoughts as he was asked for the challenge: “Designing Steinway & Sons’ 600,000th piano was an honor and a challenge. To me, knowing that this piano would become part of history meant that it had to be more than just a beautiful design, but also needed to visually convey a deeper message. As I considered the number 600,000, the Fibonacci spiral came to mind. The way in which it continues to grow but stay true to its form is very much like Steinway & Sons over these many years. Combining the universal languages of music and mathematics suddenly made perfect sense.” 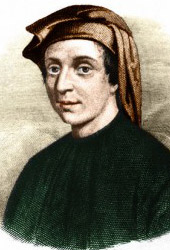 Fibonacci or Leonardo Bonacci (c. 1170 – c. 1250) is credited with 2 math concepts: one is the widespread use of Arabic numbers instead of Roman numerals and the other, the Fibonacci spiral. If you’re like me, there’s this vague recollection of studying something about Fibonacci way back in the distant past. 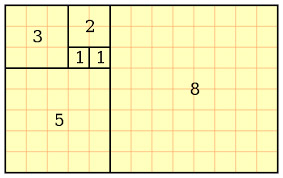 If you then turn these into blocks (see graph paper), each block having an arc within, a pattern begins to formulate similar to that of a spiral shell. This design can be found throughout nature but it’s interesting as Frank Pollaro mentioned that it’s a perfect design for the serial number 600,000 from Steinway pulling together math and music.

Some facts about the Steinway Fibonacci:
~ It’s based on the structure of a Steinway Model D – Concert 274cm long or 8’11 ¾”
~ From start to finish it required nearly 6000 hours of production over a 4 year time span.
~ The cabinet veneer is made from macassar ebony wood outlined by synthetic ivory
~ It is priced at 2.4 million USD
~ Six Model B Steinways based on a similar design will be made available for sale (for less than 2.4M)
Finished in high gloss, the look of the wood is further enhanced. Notice the details on the rim ~ the design echoed once more and instead of having legs, the entire base is also one large spiral!

Where do piano companies like Steinway go now that mega piano companies are building more affordable and competitive pianos? Symbolically like New York City itself, if there’s no place to build, you build up. According to Paulson who purchased Steinway Company in 2013, “The Steinway brand is both opulent and bulletproof.” Steinway, although still supplying the world with concert level pianos is pursuing yet still higher levels in art cases appealing to exotic and affluent buyers. Similar to Fibonacci’s spiral, I expect we’ll see the concept of artistically designed pianos blossom and unfold in the years to come.