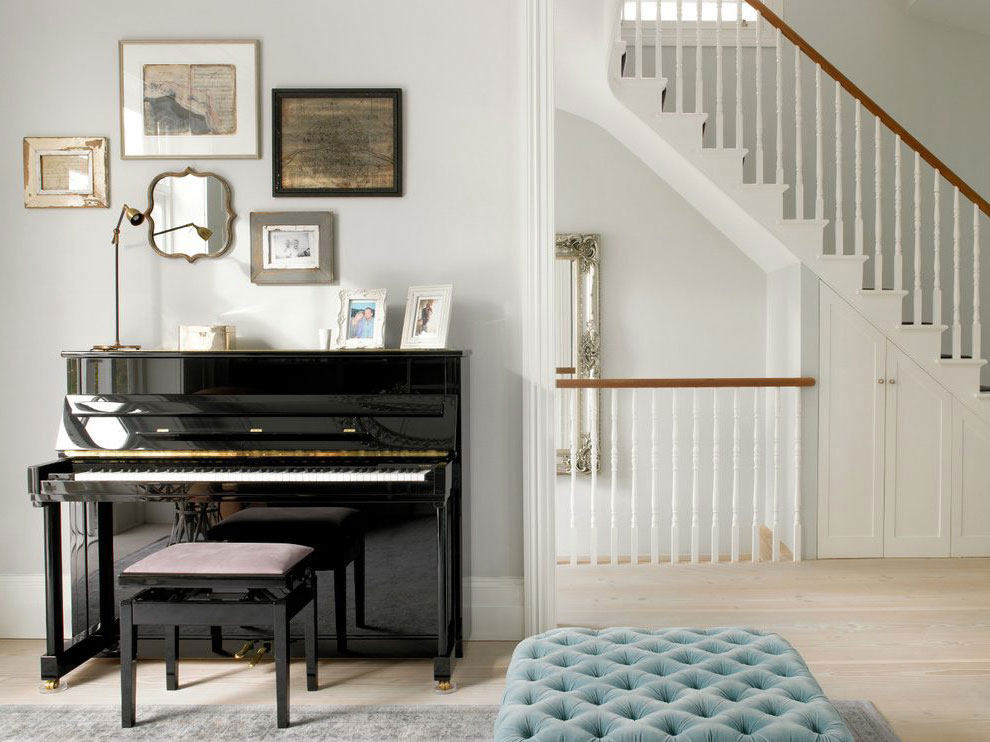 “Just place the piano up against the wall”. It’s a common statement told to piano movers. But why should a piano be against a wall in the first place? Aside from the fact that the back of an upright piano is rather unsightly, let’s consider the placement of the piano. 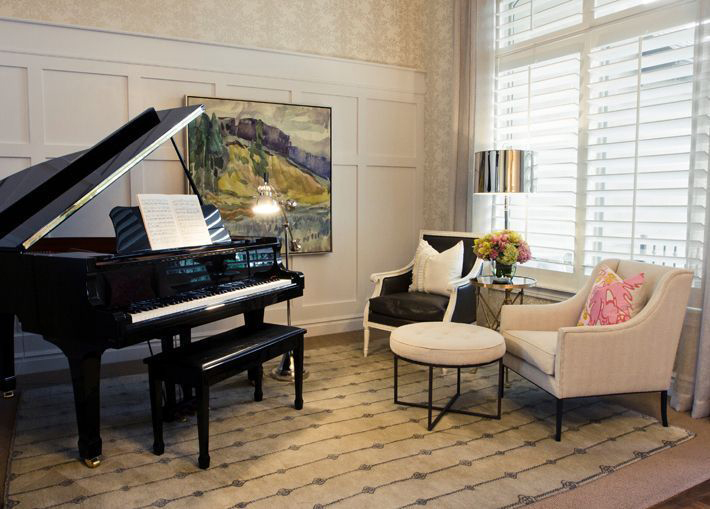 Although the perceived sound appears to emanate from everywhere on a piano, the predominant tone source is the soundboard – the large sheet of wood that amplifies the vibration from the strings. Piano strings make little sound by themselves without transferring the tone to the soundboard. If you think about an electric guitar that is not plugged in, strike the strings and the tone is very faint. Why? Because on an electric guitar, the tone is not amplified by the body of the guitar but rather a guitar amplifier. In similar manner, the strings don’t produce the amplified sound so much as it’s the soundboard.

Any upright piano, regardless of make or model has a cabinet encompassing the soundboard on 3 sides which subtly closes off some of the tone. Since the sound also comes out of the back of the piano, it is important to place the piano for optimal reflection to hear the nuances. When it comes to piano placement, there are 2 basic elements to consider:
Distance – When you put your hand completely over your mouth and speak, what happens to the sound? 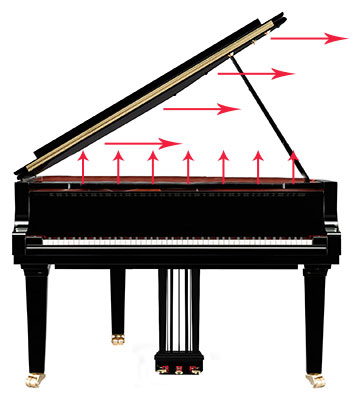 It becomes muffled right? Why does it become muffled? The highest frequencies become absorbed and dissipate while lower frequencies are less readily absorbed and can travel through materials. The cupping alters the perceived sound. In a second experiment, move your hand about an inch or two away from your mouth and speak. When you speak, the sound seems really close to your ears. That’s because your hand is acting like a reflection point. The purpose of these experiments?

If an upright piano is too close to a wall (above right), it will cup the tone and make it feel closed off. Upright pianos are designed for reflection. They need a chance to “breathe” (above left). Regarding grand pianos, if you ever want to truly listen to the tone, put the music rack down. You will be amazed at how the music rack blocks the full effect of the tone in front of you. The purpose of the lid on a grand piano is similar to the wall on an upright piano. It creates a more closed effect when it is down or a more open sound when it is lifted. 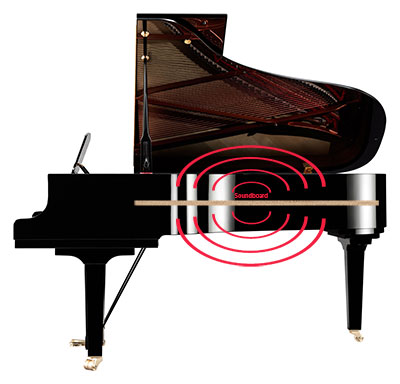 The angle of the lid also acts as a 45 degree projection to push the sound out. If the lid is open and the grand is positioned in a corner, the positive feedback is exceptional. That said, it is not necessary to have a grand in the corner. It simply provides another reflection point.

Surface – Place a piano in a “live” room and the results will surprise you. Hard wood floors, glass and vaulted ceilings give an echo chamber feel. Alternatively, drapes, carpets and even a variety of home furnishings act as absorptive materials. For an upright piano, placement against a hard surface will give optimal reflection and a sense of power. Since the highest frequencies are absorbed more readily by softer materials, full spectrum listening is best with harder surfaces. 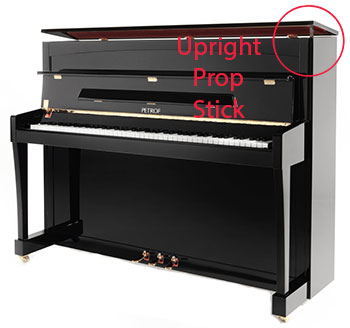 However if the object is to soften the sound, try adding drapes behind the piano. If you still can’t achieve the results you’re looking for, talk to your piano technician about voicing the piano to alter the tone of the piano. Grand pianos have sound going down towards the floor as well as “up and out” from the reflective lid. If the sound is too much, close the lid and try placing the entire piano on an oval rug. The sound waves going down will be absorbed by the rug below. The closed lid can also aid in cupping the tone.

1. As previously mentioned, start by having a discussion with your piano technician. It’s best to start at the source and listen to the piano and achieve the best sound possible from the instrument. Placement of the piano is not the cure for a piano that doesn’t sound right.

2. Look at the distances of your piano from walls. I’ve been in homes where pianos are pushed up against the wall. Four inches (about a fist width) from the wall will give a better sense of tone. 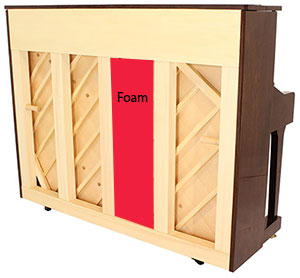 Grand piano tone changes drastically depending on the direction it faces and proximity to corners and walls.

3. Sound deadening happens by adding absorption materials such as drapes and rugs. For more significant reduction in volume, you could place foam in between the beams in either a grand or upright piano. While this deadens the volume, it also mutes the tone. At times, however living spaces require more drastic measures.

4. To have a more immediate sound like a grand piano, consider installing (if your piano doesn’t have one) a lid prop on your upright piano. The front tone escape provides a way of listening to a more full-spectrum sound and operates similarly to a grand lid.

If you’ve spent the money making a major purchase of a piano, spend some additional time and effort in enhancing the tone within the room.