I remember teaching my kids how to drive a car. At first it’s a bit daunting putting a young adult in a 2 ton vehicle controlled primarily by a gas pedal. Over time, the confidence and competence increase. What remains somewhat of an accepted disconnect, however is HOW that process works. You put your foot on a small pedal and ‘magically’ the vehicle moves. Similarly, piano pedals are like that: if you step on the sustain pedal (the right pedal), the sound of the piano is transformed. Today, we’re going to delve into a bit more of the mechanical side of the damper pedal in hopes that awareness will clarify what happens when it is being incorporated into piano playing. Arthur Rubenstein describes the sustain pedal as “the soul of the piano” 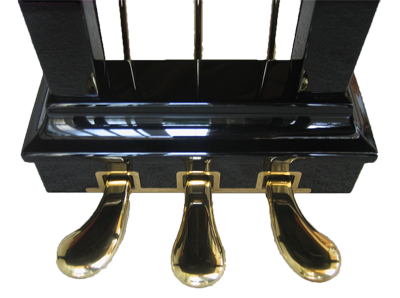 The use of pedals to add expression dates back as far as the late 1700’s. The question is: how does the sustain pedal bring about this expression or as Rubenstein called it, the soul? What were the makers of the piano searching for to make this percussive instrument more lyrical? Interesting are some of the earliest renditions of levers controlled both by hand (see picture) or knee (placed under the keyboard). 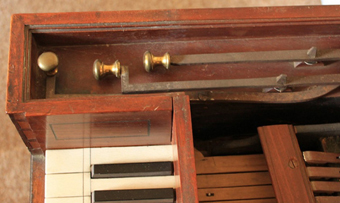 Ergonomically, neither of these methods proved successful or efficient. While it’s difficult to attribute the sustain pedal to one maker (as the piano was being developed simultaneously by several makers in different countries), probably the most renowned maker to create a standard foot controlled pedal was John Broadwood. Composers such as Beethoven started pedal markings in their manuscripts to translate the concept of sustain pedal. Historically, when we look back on piano makers and composers, they were attempting to make an effect that would ‘smooth out’ or connect notes played by percussive hammers.

The limitation of a percussive instrument: Strike a bell with a mallet and it resounds until the natural vibration decays and it is inaudible or alternatively you stop the vibration with your hand. Piano strings are the same – strike them with a felt mallet (called the hammer) and they would continue to resound if it weren’t for damper felts (see the article with Laoureux on the making of damper felt). Dampers sit snugly against piano strings until a key is depressed. Upon playing a key, an individual damper is raised from the string, allowing it to sing. 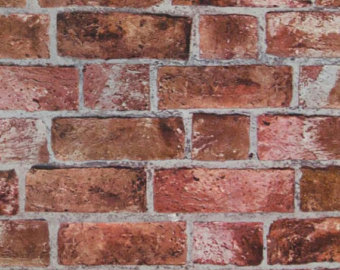 Lifting your finger, the damper returns to the string and terminates the sound. So what’s the limitation? It’s not so much the piano as it is a factor of human inability to depress notes quickly in succession. When you try to play without pedal, there remain small gaps between the notes when we play. The sustain pedal then is the mortar to the bricks. (Thank you… no applause necessary. That’s my own illustration of how the sustain pedal works). Think about a brick wall – the substance is the bricks. They represent the notes being played by our fingers. In between, is the cement we know as mortar which fills the gaps and connects one brick to another. In slow motion what is happening is that when we depress a key on the piano, the damper (felt) block comes off the string. When we need to move to the next series of notes, our fingers start to move but we need the note to… (wait for it)… sustain a little longer while we transition. The addition of the sustain pedal (also known as the damper pedal) then allows complete lyrical freedom to move our hands without the compromise of the tone escaping. The sustain pedal holds those notes until a new series of notes are played.The sustain pedal is so much more, however. When all of the dampers lift, the sympathetic vibrations of all of the strings also resound. As an experiment, depress the sustain pedal and sing a note. What happens? The piano “echoes” or excites the vibration of the frequencies on all the strings. When the sustain pedal is played, it connects one note to another, yes but it also adds the fullness of tone. You can play a chord on the piano as loud as you can but when you add the sustain, it sounds thunderous. At other times, special effects such as flutter or half pedal shade or color the tone like an impressionist painter blurring the lines.
How does the sustain pedal work? How does the gas pedal make the car go? First let’s define the parts and then we’ll  explore how each part is integrated into the system. As previously mentioned, the dampers are the felt (and blocks) that rest on the strings. Pictured to the right you can see the dampers moving up and down against the strings. In the up position, the felts allow the strings to vibrate freely. When they go down, the damper felts mute the strings and stop them from resonating. Second, (pictured in the middle) the dampers are resting on a common rail (also called a damper tray in grand pianos). What’s shown here is the inside of a grand piano. At the top of the picture, you can see the dampers from underneath the strings and the dampers lifting. Upright pianos have a rail but the principle is the same. Third, the trapwork (pictured at the bottom) is the lever system that simply joins the rods to the pedal lyre (on a grand) or the pedals at the base of the piano (on an upright). When your foot depresses the pedal, it pivots on a fulcrum like a teeter totter or an office stapler. Did I just lose you there? On a grand piano, when you press your foot down, the pedal pivots like a teeter totter – the front goes down and the back end of the pedal goes up. Upright pianos also emulate that OR they have an alternate stapler approach – the pedal fulcrum or pivot point is at the back (like an office stapler) and the pedal is simply pushed down. Either way, when the pedal is depressed, the pedal rod is pushed up. The rod engages the common tray or rail which lifts and activates ALL of the dampers so that the entire set of felt blocks move away from the strings at the same time. Gravity and springs reset the dampers to the rest position.

“In spite of the importance of the pedal and its right use . . . there is no branch of piano technique so little understood or so much neglected by both teacher and pupil” ~ Chopin

I hope that this blog serves as a little technical understanding of the pedal and will aid in the pedagogy and performance of the piano. Perhaps we’ll fulfill Chopin’s desire to make it less neglected.