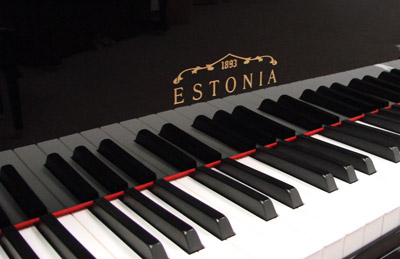 Have you ever heard of the company called Estonia Piano? Appropriately they are named after the country in which they reside. Haven’t heard of the country of Estonia? They gained independance from Russia in 1991 and eventually became part of the European Union. Situated across the water from both Finland and Sweden, Estonia has been actively making pianos since 1893. 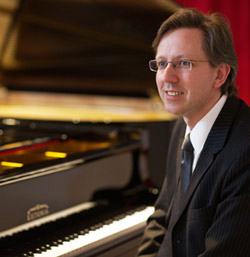 This month I had the wonderful pleasure of skyping Dr. Indrek Laul (CEO of Estonia Piano). Although we’ve only met twice in person, he is a pleasure to converse with and if you could only sit where I sit, you’d find that his passion for piano building shines through. But he not only is passionate about piano construction but piano performance, having obtained his doctorate from Juilliard School of Music. You can see his fantastic ability on youtube here. The following is a wonderful illustration of piano design that weaves old concepts into new told by Dr. Laul himself. Enjoy!

“I was on a flight from Houston to New York reading this article from Wall Street Journal about billionaire Larry Ellison regarding his passion for competitive sailing. On these giant catamarans Team Oracle (funded by Ellison) had been failing against Team New Zealand despite having high tech computer sensors generating 3000 variables 10 times per second. The computers predicted the most efficient path for tacking (zig-zagging across the water against the wind). All indicators predicted victory to this high tech team and yet they consistently lost. Watching the video replays of both boats, they found that their competition – team New Zealand was tacking at a much greater angle making them go farther distances but at greater speed. When Team Oracle tried this, in the end it was discovered this “low and fast” method was superior and ultimately led them to victory of the America’s Cup. Although the computers aided much of the efficiency for Team Oracle, the last step towards the finish line, the final stretch came from sailing intuition ~ intuition which had been passed down for generations. Segue.[clearleft] 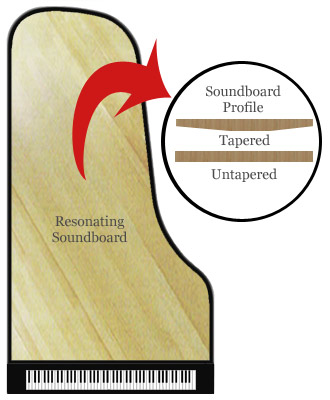 When it came time to design two new models for Estonia Piano we decided that our starting point should be listening – listening to pianos that really moved us. Invariably the pianos that provided inspiration from the late 1800’s/early 1900’s were the ones that captivated us.
Similar to the sailing example, “the final stretch” came from pianos that didn’t have technological advances. Sometimes we need to set aside what could be deemed most logical in order to ‘experiment with joy’. We wanted to capture anew and to relive the excitement and joy of beautiful tone and in doing so we started with these living examples from yesteryear. 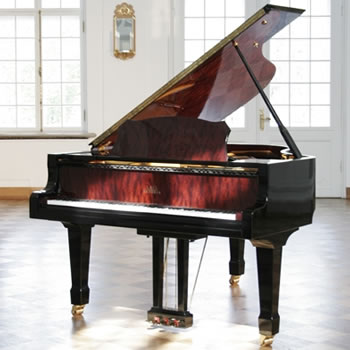 We then examined them and found that there was a common theme in soundboard construction which had major ramifications. The soundboard acts as an amplifier to the strings. There has been this movement towards tapered soundboards meaning that they are made thinner as they approach the rim (see diagram).
The reasoning is that this gives the board more flexibility to vibrate. Paradoxically however, the older instruments we listened to and enjoyed didn’t have tapered soundboards at all and yet we enjoyed them more. They were more rigid. This newer movement with tapered soundboards which vibrate freely, can also be problematic in being unwieldy and so to compensate, more perpendicular ‘ribs’ on the under side of the soundboard 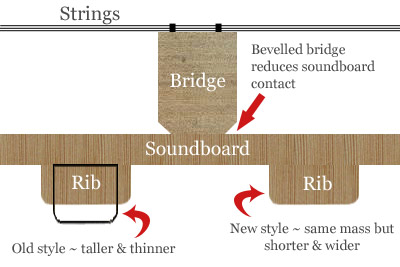 are used to stiffen it in the center. Well if you have a firmer soundboard like the pianos from last century, it requires fewer ribs. Fewer ribs reduce rigidity and rely more on the soundboard itself. So in simply redesigning the soundboard, automatically it required the spinoff effect of redesigning the amount and configuration of the ribs. I know this is technical, but ‘experimenting with joy’ can be exciting when you hear the results. 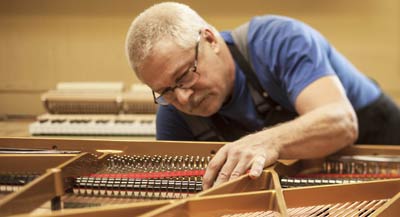 So we found that if we made wider and shorter ribs – having the same mass as previous ribs except the older ones were thin and tall – we achieved better control of the soundboard. There is also a movement to placing “pre-crowned” or slightly arced ribs on a crowned soundboard. Makes sense correct to match the arc of the ribs with the arc of the soundboard? On the contrary, we discovered that flat ribs pressed adjacent to a curved soundboard created tension. This tension resulted is in an even livelier yet stable soundboard. 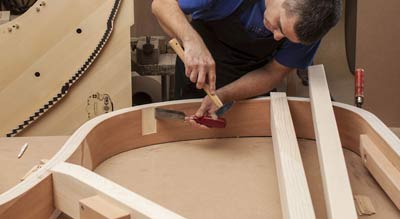 But we didn’t stop there. In these new design changes, we also examined the contact point of the bridges. We found that bevelling the edges were more conducive to sound transference. 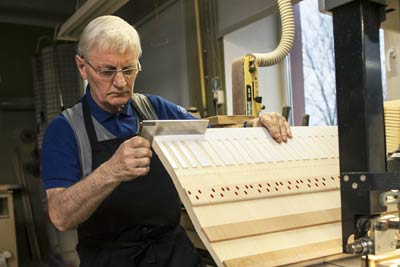 The ‘less is more’ idea works well here where less contact on the bottom edge of the bridge achieved maximum transference with the least amount of soundboard interference.
Finally, we re-examined the beam structure underneath the piano. With 20 tonnes of compression from the strings, we experimented with the beam structure to match that pull by placing beams in a radiated fashion to create an equal and opposite rigid design. What started with the concept of listening, abandoning any pre-conceived ideas and then re-engineering, it led us down this path of two new pianos which we are really pleased with. We are now actively implementing these concepts to the rest of our models.
Oh and to finish the story about Larry Ellison, shortly after that race he purchased a brand new model 210 Estonia grand.” ~ Dr. Indrek Laul. 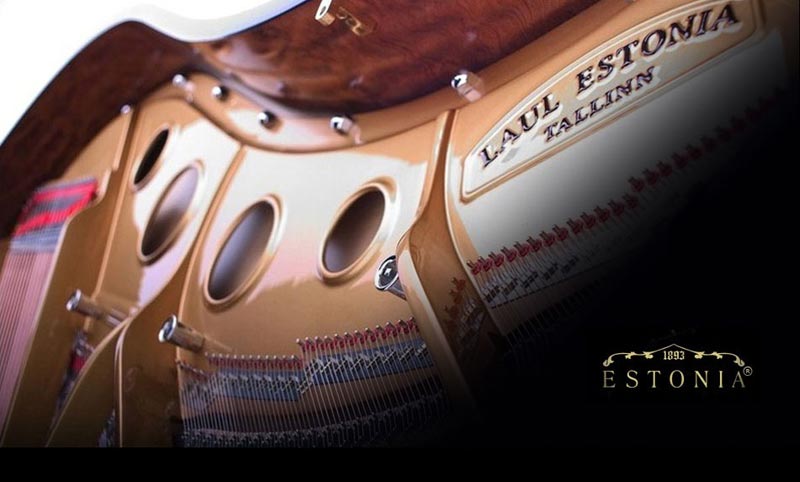 This is such an exciting story – one that ties in modern piano construction with artisan design concepts. A special thanks to Dr. Laul for this captivating illustration. You can view all of the current Estonia models on Piano Price Point here.