Definition: Secession – se·ces·sion /səˈseSHən/- to withdraw formally from an alliance, federation, or association, as from a political union, a religious organization, etc. 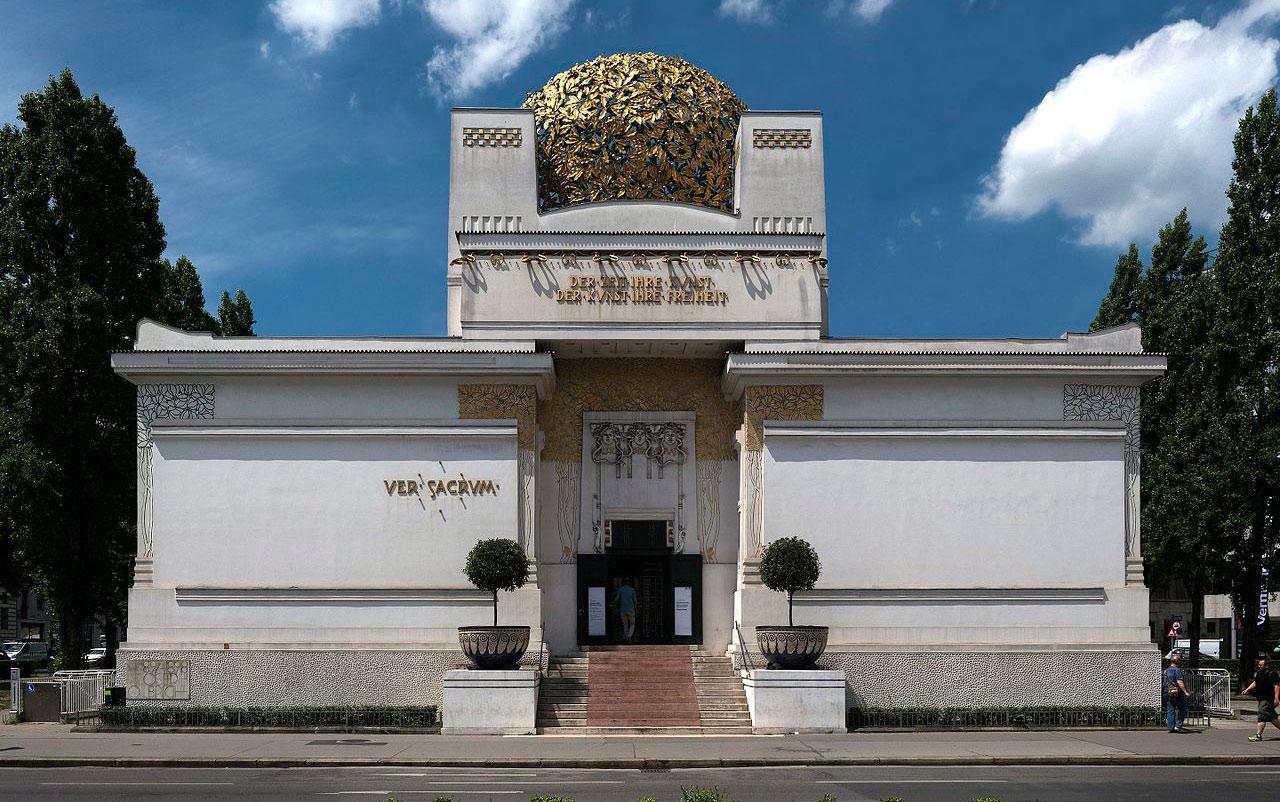 This definition of Secession piqued my curiosity as I had recently viewed the Bösendorfer piano with the same name. It’s based on this very famous building in Vienna, Austria. Why Secession? What was the need to withdraw from an organization? I dug a little deeper. 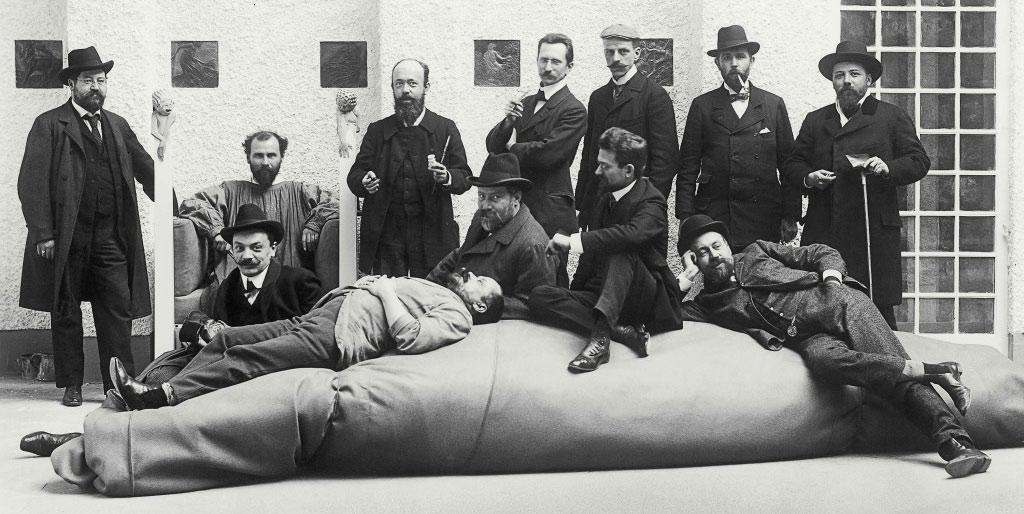 In Vienna, Austria, during the 1860’s, there were 2 main academies of art, The Akademie de Bildende Kunste (the Academy of Fine Arts) and the Gesellschaft bildender Künstler Österreichs, Künstlerhaus (Co-operative Artist House). Works were restricted for display by a bureaucratic jury which vetted the artists. Wanting to explore new and modern forms of art, a group of artists let by Klimt officially resigned and established the Viennese “Secession”, unbridled by historic artistic methods. While the Vienna Secession movement is known predominantly for its Art Nouveau style, according to this informative website, the movement “brought together Naturalists, Modernists, Impressionists and cross-pollinated among all disciplines forming a total work of art; a Gesamkunstwerk… the Secessionists spurned 19th century manufacturing techniques and favoured quality handmade objects, believing that a return to handwork could rescue society from the moral decay caused by industrialization.” 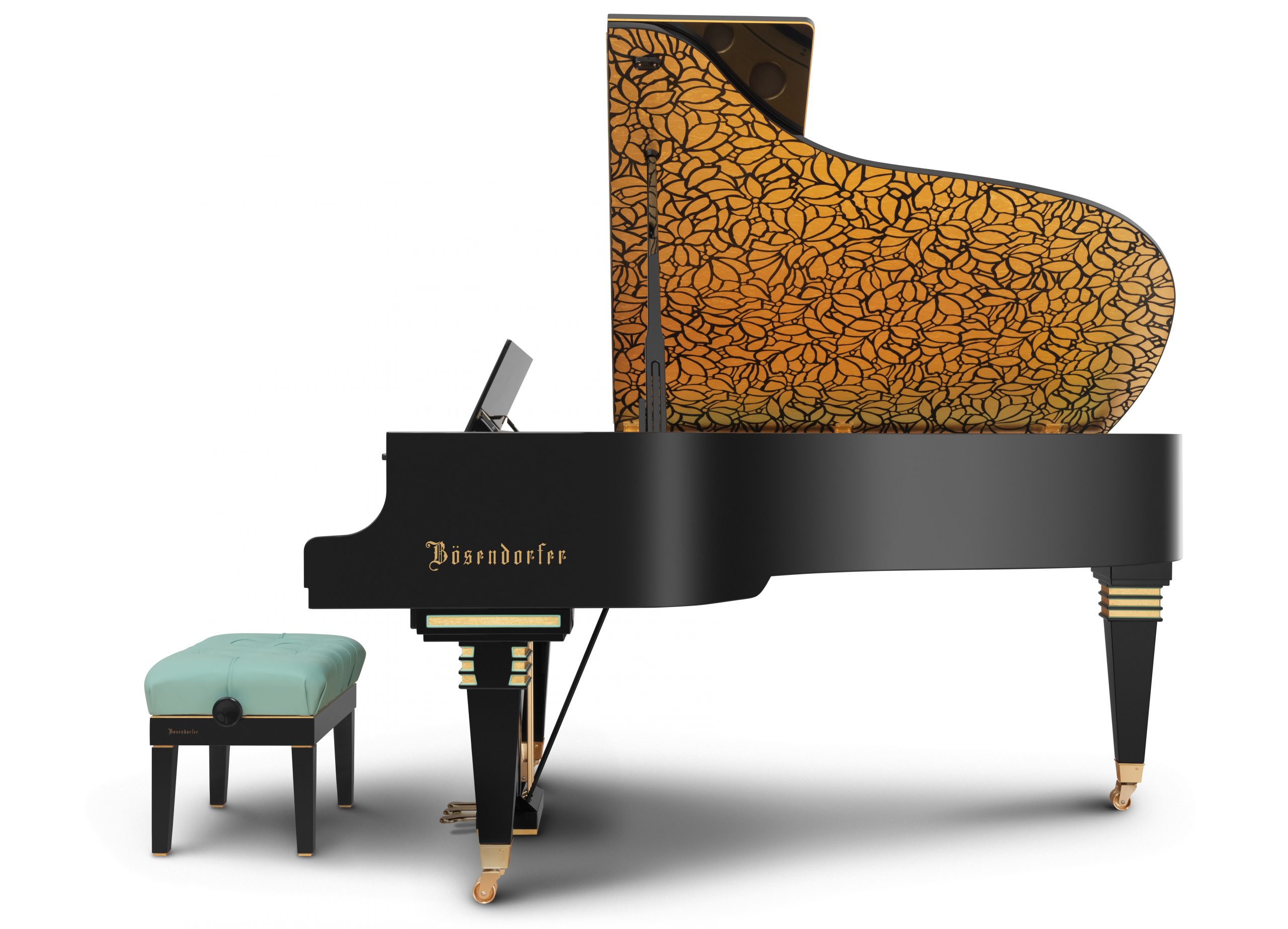 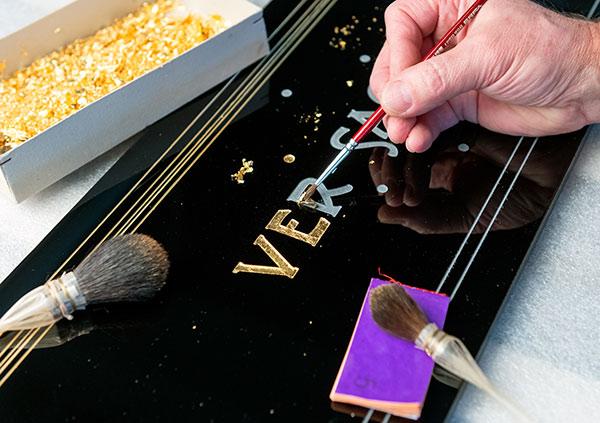 It seems fitting that Bösendorfer, a boutique piano maker from Vienna, Austria, associate with Secession. They typify hand-crafted quality and embody the mandate of the movement, making artistic renditions of everyday objects. Similar to the Secession movement which sought to bring together different disciplines, so too various styles of craftsmanship unify to bring about this object of beauty. While master builders design and construct the framework of the piano, the cabinet makers shape the piano to become aesthetically appealing through work of gold gilt and of course, polishing mirror black. If you take this to another level, there are more disciplines brought together in the various styles of music that will be performed on this piano – from Classical to Romantic eras, Impressionist and Modern.


Secession Hall
It was always the mandate of the Secession to have a hall to display the works of this new movement. And so, after an incredibly successful exhibition which drew 57,000 visitors, the funds were made available to build a hall with the sole purpose of becoming a permanent exhibition. These became the roots of what we now know as Secession Hall, one of the most prized and photographed buildings in Austria. Ver Sacrum inscribed on the Secession Hall means “Sacred Spring” in Latin. It echoes an ancient practice in Roman times where youth were expelled to leave and form a society of their own. Symbolically, the artists of the Secession movement embraced Ver Sacrum and even named their magazine such. The motifs of new growth, green and gold adorn Secession Hall. The symbol of light, the golden rays of the sun are imbued with the fresh green shoots. The dome of Secession Hall is comprised of laurel leaves, used to crown those in ancient Olympic games. It is seen not only as a symbol of eternal glory, achievement, success and triumph but also a symbol of peace. The entrance is decorated with three Gorgons, ancient monsters from Greek mythology which represent the arts of architecture, sculpture, and painting. On yet another wall stand 3 owls, most likely representing Goddess Athena’s owls of wisdom and knowledge.

Bösendorfer emulates the themes of gold, covering the cast iron frame in gold leaf. The under side of the lid also contains the same leaves as the entrance way to Secession Hall. The springtime green is displayed on both the inner rim, the pinblock, areas on the legs and music rack as well as the piano bench seat cover. What I like about the Secession piano is that when it is closed, the piano almost looks like any other grand piano with the exception of the legs and a thin pinstripe of gold all the way around the rim. When opened, it displays this magnificent artwork inside. Like the 3 owls that stand as gatekeepers of the Hall, Bösendorfer utilizes their 190+ years of experience to infuse wisdom, knowledge and skill into this model 214VC to bring about the culmination of music and art. As a first of the “Architecture Series”, we look forward to many more interesting and artistic renditions of their pianos in the future. Secession took approximately 1 year to complete. Congratulations to Bösendorfer for completing this beautiful piano.